Though I have made my living as an actor for the last 20 years, I don’t write about acting very often in this blog. I did write a book about my experiences as an actor but this blog is more about my love for all things New Orleans. Louisiana (or “Hollywood South”) has been one of the top 3 filming locations in the U.S. for the last few years but around 40 years ago, Claudia Speicher moved to New Orleans and eventually became an agent. She had an incredible eye for talent and very selective taste. She became the biggest agent in town – known for her roster of talented and devoted clients as the owner and operator of New Orleans Model and Talent. Just after the New Year she suddenly passed at 65.

Some people, when they die, they leave an echo. Their impact is so far reaching that their loss reverberates for years and miles. As the entire city scrambled to sort out what would happen to Claudia’s roster of about 50 actors, we gathered in a church with Claudia’s sister, Bobbie Dee Speicher to memorialize this amazing woman.

In the memorial’s program book, time was set aside for people to say a few words if they cared to. I suppose when you tell an average room of mourners that they can speak, most fear public speaking or aren’t sure if it’s “their place” to say something or don’t know how to say how they feel. When you tell a room full of actors they can say a few words, you end up at the longest goodbye – but it’s extraordinary.

Many of the regions’ top talent were Claudia’s clients so there were plenty of familiar faces and everyone had such beautiful, heartfelt and often funny memories and observations. Many of Claudia’s clients had been with her for more than 20 years. For some, she was the only agent they’d ever had. The most amazing thing that emerged from all of this storytelling was finding that each of us had special relationships with Claudia and each of us felt she was there for us all the time – like a mother, a sister or a true friend. Imagine being able to make 50 people feel like you’re ALWAYS there for ALL of them ALL of the time – even weekends and holidays. Claudia did that. For decades.

We were well over 2 hours into the memorial when I finally spoke. As I was sharing about the one time I got to meet Claudia, I saw her sister shudder with tears. She smiled at me reassuringly, like arms reaching for a hug. People had already been talking for over 2 hours and yet Bobbi was as emotionally available as a method actor “in the moment.” I suddenly realized she was doing for us exactly what her sister did – making each of us feel special and heard and fought for and entertaining.

After the last actor (and Claudia’s contractor and his wife who clearly loved her) was done speaking, the priest finally rose. I had no idea what he made of this emotional outpouring of loss and laughter. He stood and took us all in then said that in his 32 years of memorials – he’d never seen anything like it. He was clearly impressed with the impact Claudia made on this beautiful bunch.

I cannot possibly express how critical Claudia was to the actors of this city or how much work she generated for our industry. She believed in the entertainment industry’s viability here long before the industry rose to meet her. Though her value was so much more than monetary, her contributions to the local economy should be noted.

Claudia was a friend, a confidant and my partner on this journey. I will miss her immeasurably as will many of this city’s best talent. Some people, when they die, they leave an echo. I still hear you calling Claudia.
photo from Nola.com 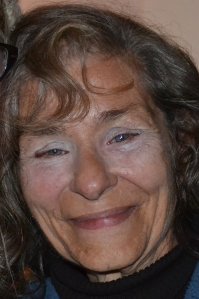