Know Small Parts: An Actor’s Guide to Turning Minutes into Moments and Moments into a Career by Laura Cayouette Foreword by Richard Dreyfuss

A comprehensive nuts and bolts guide to creating a career and surviving the industry – from standing out at an audition and when to move to L.A. to talking to celebrities and working on set.

“She’s nailed the daily life of an actor in LA about as perfectly detailed as it gets.”

“She could have taken an easier route for her professional pursuits but instead chose to make it about the work and only the work. She is a role model in that regard and a true leading lady.”

“I write off most of these books.  But this one I can’t.  It stands far above most giving smart, logical, realistic and poignant advice.”

“She has literally figured out a way to bottle lightning.”

The Secret of the Other Mother: A Charlotte Reade Mystery by Laura Cayouette (Book 1)

When actor/producer Charlotte Reade attends a funeral in New Orleans, she’s enlisted to help track down a long lost birth mother. Clues lead Charlotte to her own family’s mystery–and into the presence of something otherworldly.

“Laura has an amazing grasp of what New Orleans is. I could smell it! And that’s a good thing!” John Schneider (Dukes of Hazard, Smallville, The Haves and Have Nots)

Charlotte takes on a role in a Hollywood South movie opposite New Orleans native, Bryan Batt of Mad Men. When things get menacing on set, he enlists her help in tracking down a stalker. While researching her role, Charlotte stumbles onto clues to her own family mystery and the chandelier with the habit of moving on its own.

“The novel brims with interesting characters and an engaging mystery to boot. I highly recommend this book.”  Jennifer Kincheloe award-winning mystery author

Charlotte lands the role of a lifetime and tracks down a restaurant thief to clear a friend’s name. As Charlotte trains for martial arts fight scenes and dialogue with award winners, she gets pulled into the culinary whodunnit and continues down the path to her own family’s secrets.

“I love Laura’s books. They evoke the true ineffable charm and mystery that is the heart and soul of New Orleans.” Bryan Batt (Mad Men)

As Charlotte prepares for the biggest premiere of her career, Hurricane Isaac prepares to make landfall. Hoping to find answers to her own family mystery and the chandelier with a mind of its own, Charlotte looks into the apparent haunting of a tour guide’s home.

It’s 1976 and Ariel’s parents have split, as have all of the neighboring families in her suburban town. The broken bits of these families move into a 200-year-old farmhouse deep in rural Maryland and begin to form a new family.

What starts as the coming-of-age odyssey of a hyper-aware preteen, evolves into the story of an era and the evolution of the American family. As families today continue to disintegrate and reintegrate, Lemonade Farm serves as a highly relevant, humorous and endearing story of loss and renewal.

“I’ve read Laura’s novel Lemonade Farm and can attest to its power. It evokes the 1970s in a painfully accurate way, and is beautifully written. She manages a wide cast of characters and somehow paints adults, teenagers and children with equal skill without ever condescending to any of them. Her skill at characterization and turns of phrase, coupled with a great sense of place, makes this a heck of a novel. ” Tom Franklin award-winning author of Crooked Letter, Crooked Letter

How to Be a Widow: A Journey from Grief to Growth by Norma Dupont. Introduction, epilogue and editing by Laura Cayouette.

Beginning with the words, “First your husband has to die,” this book is filled with humor, insight and inspiration. It helped me through my divorce as well as some of the lower moments of my career and I’m certain I will refer to it throughout my life. I hope you’ll take a moment to check out the preview.

Whether you’re shopping for gifts or treating yourself, you could find reasonably priced products in my new virtual L.A. to N.O.LA store. Items are made to order, shipped to your door and can be customized. New Orleanians will enjoy the many items made just for them including t-shirts and sweatshirts identifying you as a “Native,” “Local” or “Resident” on a fleur de lis backdrop. Many of the shirts are offered in children and infant sizes. I offer an array of latonola.com t-shirts featuring the “Carnival, Concerts, Cuisine, Culture” logo and photos. You’ll also find Christmas cards, aprons, canvas bags (perfect for “green” grocery shopping), magnets, pacifiers, even an iPad skin. Be sure to check for a savings code – there’s almost always a sale on something! 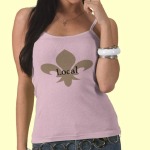 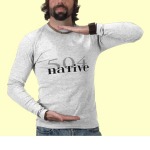 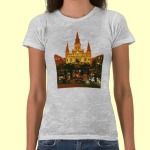 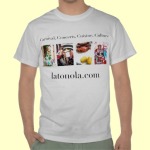 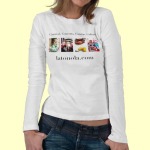 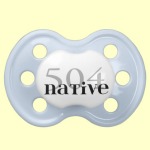 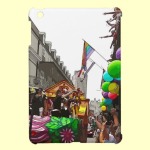